Using a nodal organization, Houdini covers the basics of 3D (modeling, etc.). It integrates for many 3D computer graphics designers, compositing, systems, and special 3D effects, in addition to being able to create other particle tools in Python. 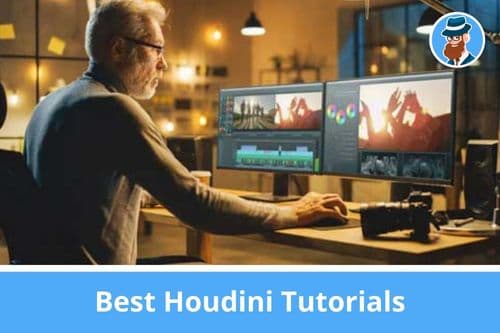 Because of the wide range of possibilities Houdini offers the world of 3D, there’s much to learn here. In this article, we’ll present to you the 15 best Houdini tutorials for getting started and going in 3D special effects and modeling.

This video tutorial takes beginners through an amazing Houdini tutorial for beginners. The presenter promises that you will be able to follow this tutorial even if you never used Houdini before.

You will be able to go from level to level like grabbing the basic knowledge of the program and then diving into more complex things like creating patterns and different kinds of shapes.

The tutorial is presented by the Motion Designers Community, a YouTube channel with more than 84,000 subscribers.

This is a 52-minute tutorial that has been watched more than 18,000 times on YouTube.

You will learn how you can create abstract visuals. The tutor promises it will be a beginner-oriented tutorial. He teaches how you can start from scratch with the animation of patterns.

The tutorial is covered directly inside of Houdini with the hide shift. You will have an idea of the global workflow you can use in Houdini.

This tutorial is created by Surface Studio, a platform with more than 422k YouTube subscribers which trains video editors, animators, and visual effects artists. This video, viewed more than 274,000 times, walks absolute beginners into how to grab the basics of SideFX Houdini.

The tutorial is an absolute beginner guide on how to use Houdini. It covers how to get get your hands on the free version of Houdini, how to work with the interface and create some interesting procedural geometry. It then finishes off by going over how to set up lights and cameras in your scene and how to render out your final image.

This is a 2019 tutorial that attempts to guide beginners to the world of Houdini in 28 minutes. The tutor doesn’t promise to teach you Houdini in 30 minutes but aims to teach you enough to create a basic scene with lights and cameras.

From there, you can move on to other videos that will show you how to make more useful effects. The tutorial covers a lot in 30 minutes and starts by teaching you from the moment of downloading the Houdini Apprentice from the SideFX website.

Houdini is a wide and complex program for 3D effects creation and this is one of the reasons it can be a daunting task for beginners. But still, would you like to learn Houdini quickly? Then this video from Indie-Pixel walks you through in just 5 steps.

With new tools and plugins introduced regularly in new versions, Houdini is a constant learning process. But to go from zero to hero to learn Houdini may take you a year and a half to be completely proficient and start using it.

It comes down to how much time you have to dedicate to learning it. Knowing that, with the experience of the tutor, he aims at taking you straight to the five steps that you can follow to make it a little bit easier.

This is a tutorial series that attempts to streamline the learning process behind Houdini. As a lot of tutorials were too advanced, long, boring, assumed a certain level of knowledge, they don’t help beginners that much.

This series cuts out the excess and only gives you exactly what you need to learn Houdini. Each part will add something to your knowledge and by the end of the series, you’ll be able to follow tutorials effortlessly and even find more efficient ways of doing things yourself.

The tutorial is spread into a two-part series. And we advise that you start with the first, and move to the second.

This is the second episode of the Houdini Isn’t Scary series created by Nine Between. This tutorial centers on objects. The first part of the tutorial touched on the topic briefly. And this goes over how to create some objects, touching up on a couple of more nodes. The tutorial is about jumping between objects and bringing one object into another to reference it with Object Merge while creating something interesting.

The tutorial starts with creating a Torus by going up to your shelf tools and clicking on Torus. It’s a 25-minute tutorial and should help you build on the knowledge gotten from the first episode.

This is another video from Surfaced Studio and this has been watched more than 60k times. Houdini is a complex program to learn and so is physics, which in general, can seem quite daunting. Working with physics in Houdini can seem downright scary.

But Surfaced Studio introduces you to working with physics in SideFX Houdini. Taking it nice and slow, this is a mid-level beginner tutorial. The tutorial is for those who have at least watched the SideFX Houdini For Absolute Beginners. You can follow this tutorial with the free apprentice version.

The Houdini 18.5.351 is the latest version of the side effects software and was released on October 17, 2020. This tutorial is presented by Mark Spervick, the Head of 3D and course leader at Escape Studios.

He talks to beginners through the Houdini 18.5 version. There are some really interesting changes that they’ve made in the new version so he uses the opportunity to walk users through it all.

In this tutorial, Simon Houdini, shows us some basic modeling processes in your journey on how to make game-ready models. The tutorial does not necessarily focus on fully procedural modeling but just modeling in general. With the use of Houdini, the tutor starts with the handle, using a tube and starting with polygons.

This is another Houdini tutorial from Nine Between. In this tutorial, they recreate Solano’s portal effect from Avengers Infinity Walk. The tutorial starts by creating some starter particles that shoot out from the center.

The tutor then creates some curving particles using a pop curve force that swirls around. He then creates a pop network that controls light emission and then, using a Houdini digital asset, he creates some lightning. Finally, he turns that all into smoke and then renders it out.

Here, Konstantin Magnus shows us how to create a donut in Houdini. He starts with a geo node, creating a Torus and playing around with its radii and also its resolution.

Houdini is one of the most sophisticated animation packages ever to be used in the creation of blockbuster feature film effects.

It is a very powerful but also pretty complex procedural 3D software package that is gaining more and more traction in the visual effects industry. And with these tutorials, you should be able to learn the basics and start something new by yourself. 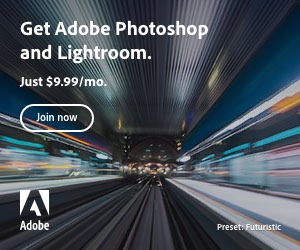 21 of the Best 3ds Max Tutorials 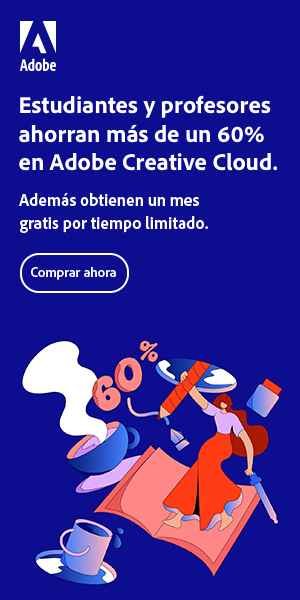